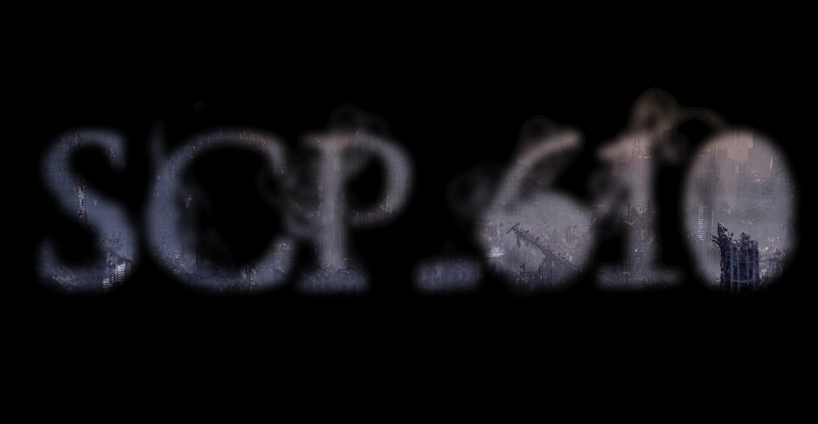 Just to put any worries to rest,This game will be a survival horror game. Not a zombie slash em up painted like a scp game, While you are a trained MTF you are alone, beaten up, tried, nearly out of ammo,and with almost no just of survival.

You could have a Character model, so when you look down you can see your ammo, gear, type of armor or any breaches in your suit.
Visible wounds maybe.

That is something I will have to consider thanks.

That one guy wrote:You could have a Character model, so when you look down you can see your ammo, gear, type of armor or any breaches in your suit.
Visible wounds maybe.

This! Perhaps you can monitor your health, armor, and infection level based on how your characters body looks, I'd love it!

That one guy wrote:You could have a Character model, so when you look down you can see your ammo, gear, type of armor or any breaches in your suit.
Visible wounds maybe.

This! Perhaps you can monitor your health, armor, and infection level based on how your characters body looks, I'd love it!

I have an idea on how i would add that. I'll work on including that, however it will be very basic at first.

BJFowLer wrote: I have an idea on how i would add that. I'll work on including that, however it will be very basic at first.

Though this will most likely be in the unity version Not FPS creator, in less you know how to add that.

There are several ways to approach a HUD design. Personally I would like a version that promotes immersion and not a generic HUD from most games.

One good example is Dead Space, though it is a Third Person game the entire HUD is shown in a logical and immersed way, your health is reflected by RIG status shown on your back for example.

I feel there are two good options to go for.

1. Tactical Helmet/Glasses: In FEAR 2 there is a sequence where you wake up in a hospital with no HUD, then your character picks up his Tactical Glasses and puts them on, then it starts booting up a HUD for the player. I would suggest that the player is given a Helmet or Glasses that give you a HUD when worn. If this is damaged then you lose your HUD, or if you want to be sneaky then taking off your helmet would force you to rely on more physical indicators in lieu of a HUD.

2. No HUD: This completely removes any form of HUD at all, you will need to check your ammo manually (Unless the gun has a viable Ammo counter, ala Aliens/Halo) and your health situation depends on your gauging your situation yourself or using a medical device to diagnose your situation. Think Red Orchestra 2.

While i'm not sure when I'll have the game take place there will be some advance HUD tech however you will not always have this. You can not wear a T.E.C.H Helmet while wearing a gas mask.So the only time it's a good idea to wear T.E.C.H Helmet is when fighting humans. Like surviving D-Class. Also when it comes to hand to hand with humans you'll have your combat training and a knife. Also a Class-D can still beat the crap out of you if your not careful. To back this up you are a MTF with advanced combat training, however you still feel pain, so to many punches to the chest will weaken you.

I don't know if it is a good idea to restrict the T.E.C.H Helmet to be bad to use near the infection, since I would assume that the Foundation created this special equipment for use in this area. Also I think it might be annoying for players to switch from the T.E.C.H to the Gas Mask constantly, or even abuse this by putting a bit of distance and quickly switching to scan the area.

Maybe the MTF can start with a Duel T.E.C.H/Gas Mask Helmet. Offering the benefit of both worlds but not providing the best of either? Maybe this version is slightly off in its HUD Display, showing you have 5 rounds but you only have 4.

Also it will be interesting to see what melee system is used, something like Chivalry Medieval Warfare would be fantastic but probley way to hard to do or implement. Maybe a simply Attack/Block system.

The T.E.C.H Helmet was going to be something you would have to find but i like your idea better but i think you still should always have to check your ammo by hand . Also I'm willing put a a lot of work in to the melee all i need is you guys to tell me you would like it and i'll get to work.

If this game has a greater emphasis on melee than ranged combat, which is what I am assuming. Then a good melee system will need to be implemented. As I said, Chivalry Medieval Warfare is a fantastic example of a first person melee system implemented correctly.

I think that, in most cases with the infected, melee should be focused more on getting away from them than killing them. Especially since prolonged exposure to infected is very dangerous. Nonetheless there should be some effective ways to terminate or at least incapacitate the infected for while, mainly the lower to mid lifeforms since the higher end infected would be too large/Armored to be hurt by most melee weapons.

An example is being able to target your Combat Knife into stabbing their legs, thus slowing them down or forcing them to limp towards you. Or hitting them in their spine to kill them.

Also their should be a stamina system to prevent spamming melee attacks all over the place.

Slash Attack: A basic swipe attack, mostly useless but can be used to attempt to ward off lower lifeforms or humans.

Stab Attack: A thrust attack, very deadly and can pierce through flesh. This can kill most human targets if aimed correctly, unless they are wearing stab proof Armour. Can be used against infected to kill them if they are unaware or hit critical exposed parts of their body.

Overhead Attack: Bringing your weapon down from above to inflict heavy damage, useful for heavy melee weapons such as a Fireaxe. Should break through even Combat Helmets depending on the weapon used.

Throw Attack: Simply throwing your weapon, can actually be any object from a knife, grenade, a teapot to your broken Assault Rifle. The effects will range simply shattering against the infected's flesh to piercing their head.

Steelpoint, I like the addition of the types of melee attacks!

BJFowLer, I think depending on how expensive a model/animation would be depends on it. If it a fairly cheap model and animation, then I saw buy it, unless you think you can do better, then customize it

The thing is i was hoping to add physics based combat in the final game.

You could cut off an infecteds limbs, there is your physics.

Very cool aesthetic to slice off something/someones head and see it rolling. Could also add to the gameplay where even a headless infected can continue to fight back, should also watch where you put your feet or something might start to gnaw on it.

Can be similar to Dead Space. The dismemberment physics in that game are just gorgeous

I keep thinking of the Condemned series...and I remember that was one of the few game series that made me feel...off. It was VERY dirty, VERY claustrophobic, very well done.

I was going for the vibe of both Condemned and Dead space. At least with combat anyway.

When I was messing around in making a nice looking banner/image thing in my spare time I was coincidentally thinking of SCP-610. I thought that the image I made looked somewhat how I would see the game in a certain respect.

Anyway I think a Dead Space approach to dismemberment would be a good choice, however only high powered firearms and powerful melee attacks should rip off limbs and the like.

Wow that banner was pretty close to what i was thinking since i'm about to start building the level soon.

Whay kind of Enviroment will we have? An old Village? A small town? A forest?

I would assume a combination of what you stated, That one guy.

Also I altered the banner design a little, see what you think.

Not very good but still interesting I think.

Most of the first chapter of the main game will take place in a overrun foundation site.
Also like the banner. I love how you can see the infected in the visor of the gas mask. We have to have something like that for the title screen. Maybe a close up to the visor of a gas mask with an infected biting towards it. 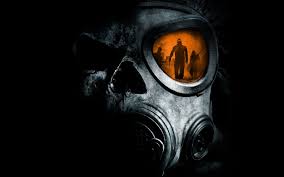